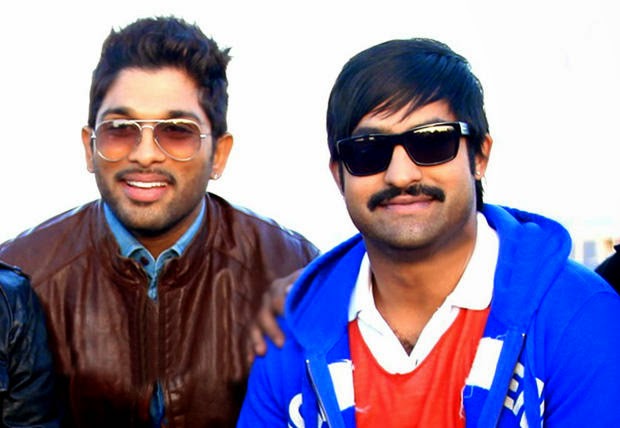 Allu Arjun upcoming film Trisoolam is getting ready for February 2015, other side NTR’s Temper shooting schedules can be wrapped up by the end of this month.Earlier NTR’s movie planned to release on the occasion of Sankranthi. But due to NTR’s brother Janaki Ram’s sudden death, Temper shooting halted for few days and may not release on proposed date. Allu Arjun’s Trisoolam which is being made under versatile director Trivikram Srinivas is getting huge craze and expectations from Mega fans.


Samantha Ruth Prabhu, Nithya Menen and Adah Sharma are the female leads in Trisoolam whereas Devi Sri Prasad is the music director. Well, there is no clarity on NTR’s Temper release date, but sources are saying that if NTR’s movie clash with Allu Arjun’s movie, one have to face some defeat and loss in collections