Youngest CEO of India died, here are the resons


Ranjan Das, CEO and MD of SAP-Indian subcontinent died after a massive cardiac arrest in Bandra, Mumbai recently.
One of the youngest CEOs of any MNC in India, he was only 42.
What killed Ranjan Das?
He was very active in sports, was a fitness freak and a marathon runner. It was common to see him run on Bandra’s Carter road.
Just after Diwali, on 21st Oct, he returned home from his gym after a workout, collapsed with a massive heart attack and died.
He is survived by his wife and two very young kids.
It was certainly a wake-up call for corporate India. However, it was even more disastrous for runners.
Ranjan was an avid marathoner. In Feb09, he ran Chennai Marathon.
The question arises as to why an exceptionally active, athletic person succumb to a heart attack at 42 years of age. 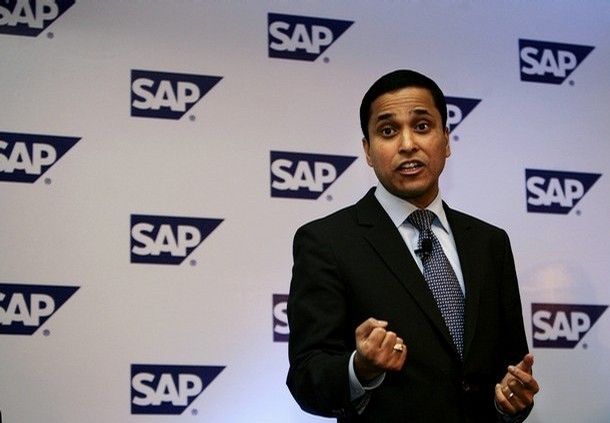 Was it the stress?
While Ranjan had mentioned that he faced a lot of stress, but that is a common element in most of our lives. Also, it is thought that by being fit one can conquer the bad effects of stress. So it is doubtful if the cause was stress.
Then what is the real reason?
Everyone missed out a small line in the reports that Ranjan used to make do with 4-5 hours of sleep.
In an earlier interview of Ranjan on NDTV in the program ‘Boss' day out’, Ranjan Das himself admitted that he would love to get more sleep and that he was not proud of his ability to manage without sleep, contrary to what others extolled.
The Evidence:
A well-known cardiologist has worked on the subject of ‘Heart disease caused by lack of sleep'.Key points mentioned below if understood may save many lives.


What is ideal sleep?
In brief, sleep is composed of two stages: REM (Rapid Eye Movement) and non-REM. The former helps in mental consolidation while the latter helps in physical repair and rebuilding.
During the night, a person alternates between REM and non-REM stages 4-5 times.
The earlier part of sleep is mostly non-REM. During that period, Pituitary gland releases Growth hormone that repairs the body. The latter part of sleep is more and more REM type.
For anyone to be mentally alert during the day, the latter part of sleep is more important.
No wonder when one wakes up with an alarm clock after 5-6 hours of sleep, he/she is mentally irritable throughout the day (lack of REM sleep).
And if somebody has slept for less than 5 hours, the body is in a complete physical mess (lack of non-REM sleep), the person is tired throughout the day and immunity is way down.
Also, all long distance runners need an hour of extra sleep to repair the running related damage.
In conclusion:
Barring stress control, Ranjan Das did everything right: eating proper food, exercising (marathoning!), maintaining proper weight. But he missed getting proper and adequate sleep, minimum 7 hours. Most likely that killed him.
If somebody is not getting enough sleep (7 hours), that person is playing with fire, even if having low stress.
Do not set your alarm clock under 7 hours.
Now, that is a nice excuse to get some more sleep.
Unfortunately, Ranjan Das is not alone when it comes to missing sleep. Many of us are doing exactly the same, perhaps out of ignorance.
The richest wealth is Wisdom. The strongest weapon is Patience.
The best security is Faith.
The greatest tonic is Laughter
Surprisingly all ARE for free
Take Risk in your Life,
If you win u can lead,
If u loose u can Guide...!!!