Twenty-four-year-old Gautam, is an engineer. Anshida, 21, is studying to be a dentist. But for one month - ever since they had got married - the couple has not been able to step out of their house.The two had eloped after Anshida's parents were getting her married elsewhere, and got married under police protection. But now, even though the house is still protected by the police, the threats are increasing by the day.The social media is flooded with messages against them, questioning their life and calling their marriage a blasphemy. All day, gangs drive past their homes, shouting threatening slogans and sometimes throwing stones at their windows. The windowpanes are still broken. 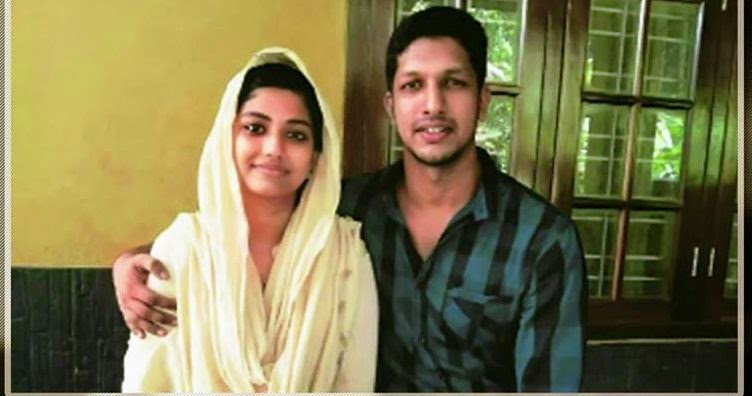 "India is a secular nation. I chose not to follow a religion. She is a practicing Muslim even now. I bought her a Quran," Gautam said. "I don't know what these people are doing by bringing religion in this or blaming us as part of a religion."


Local Circle Inspector Joshi Jose said the couple have been given protection and they are making efforts to maintain peace. "No organisation has taken responsibility for the threats and neither is it political," he said.
With Gautam is unsure of when he can start working again, the two are being supported by his parents. "We just can't step out of the house. We live in fear," he said.
"It is very worrying to see what those against this marriage are resorting to. These two had to hide their relationship for nine months," said Gautam's father Sudhakaran. "Now, my first aim is to help Anshida start her studies again. I need everyone's help,"
Anshida can't go back to her college in Kasargode. The threats have completely vitiated the atmosphere there, she said. Now, she studies on her own and hopes she would be able to sit for her second year exam.

Our team vacancyin.in supports the right of every Indian citizen to legally marry and spend their life with any individual of their choice. It is sad to see that such is the state of affairs in Kerala, a state with the highest level of literacy and HDIs.