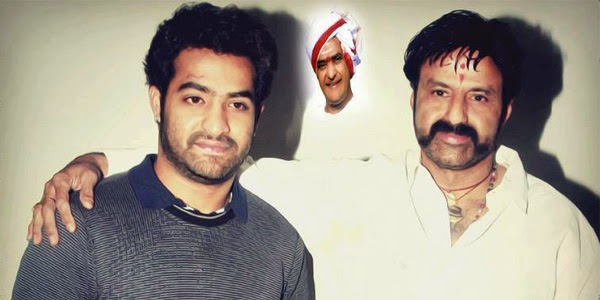 Balakrishna and Tarak are going to perform together on a stage for a cause.As we all know that Tollywood is going to organize a grand event on 30th November to raise funds for Hudhud cyclone victims relief. It would be a massive event which is supposed to be started at 9 am and continue till 10 pm approximately.


Along with entire TFI fraternity, top stars from Tamil like Rajanikanth, Kamal Hasan are expected to the event. And also surprisingly, both Power star Pawan Kalyan and Super star Mahesh Babu are going to perform live on stage for the very first time. And those episodes are being designed by Trivikram Srinivas it seems. And now the news is, same like Pawan and Mahesh, it is learnt from one of our sources that both Nandamuri Balakrishna and Tarak are also going to perform live on stage , keeping their egos and clashes aside. And it is learnt that another top director Boyapati Seenu is going to supervise those episodes between NBK and NTR it seems.